The summer is hot and the cicadas are chirping. After the establishment of autumn, Jiangxi in September is still warm and vivid.

In Xintai Technology, Liu Weihua, general manager of rare earth segment, reported the industry situation and operation of rare earth segment in the first half of the year: the national standard of "NdFeB production and processing recycling material" was officially implemented in October 2021, which standardized the industry standard of recycling material; the regulations of rare earth management clearly encouraged and supported the recycling of secondary resources containing rare earth, which regulated the high-quality and sustainable development of rare earth industry  the national level and raised the Benefiting  the rapid development of new energy field, the demand and price of rare earth products have achieved rapid growth, the company's rare earth recycling business has ushered in development opportunities, the first half of the rare earth recycling business achieved operating income of 1.328 billion yuan, an increase of 308.62% over the same period last year.

In Wanhong High-Tech, Mr. Liu introduced in detail the overall planning, corporate vision and technical reform progress of Wanhong High-Tech. The goal of Wanhong is to make unlimited circulation of limited resources, build an environment-friendly, resource-saving and socially harmonious enterprise, and form a win-win culture for the company and the industrial chain, investors, employees and society. Wanhong High-Tech should plan  a high starting point, do a good job, and "learn  each other and catch up" within the rare earth sector, focus on the quality of business operations, a "garden factory", and strive to become a model in the industry. 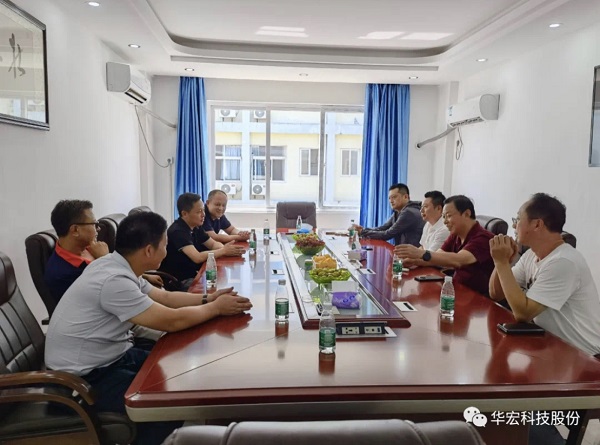 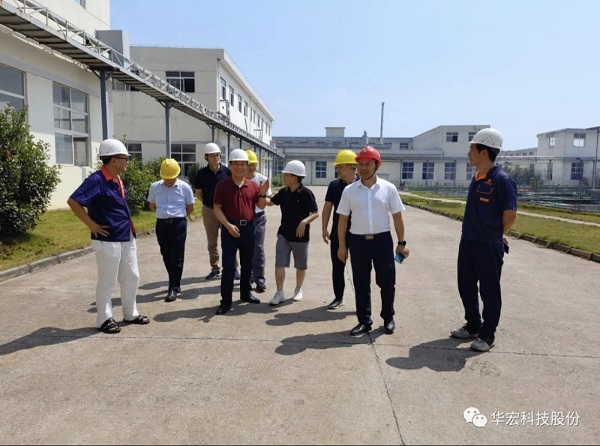 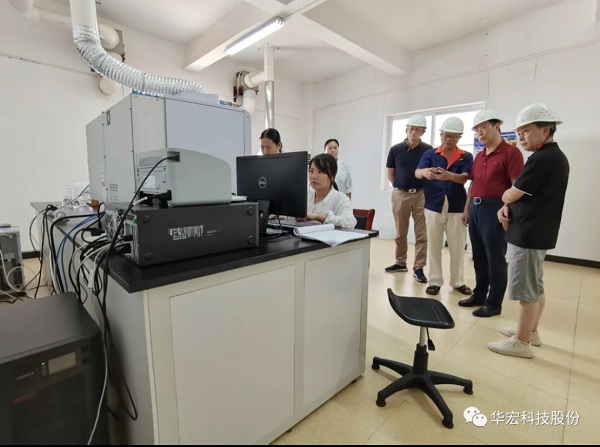 On the construction site of Ganzhou Huazhuo, workers are working feverishly to tie the steel bars and pour the flooring. With the efficient linkage and close cooperation of the local management and government, the project is moving forward in a fast and orderly manner. At present, the project is progressing smoothly. 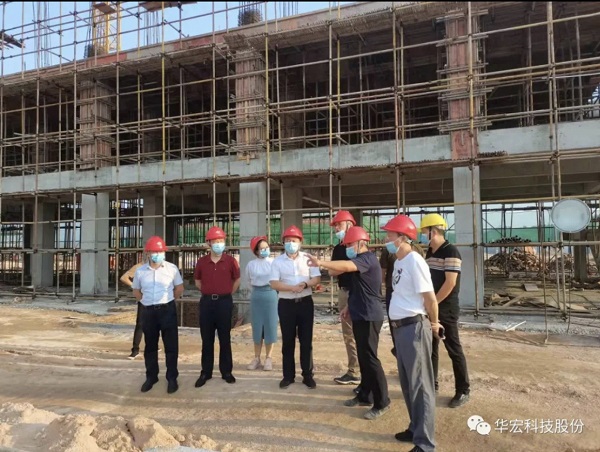 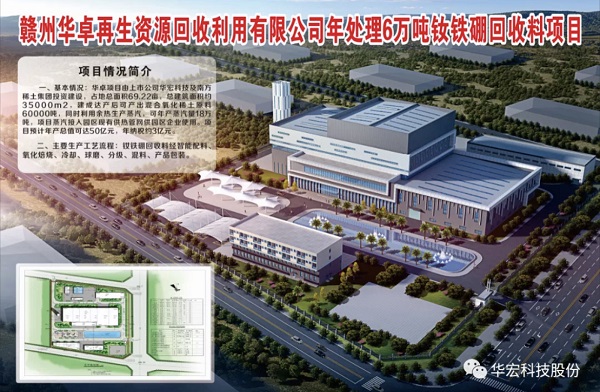 Zhu Dayong, Vice President of Finance of Huahong Technology, pointed out that the rare earth segment is getting stronger and stronger since this year, with two new member units. Ltd. was established in February this year, which is an annual processing project of 60,000 tons of NdFeB recycling materials; in June this year, the company acquired Jiangxi Wanhong High-Tech Materials Co. The rare earth segment should further play the advantages of resources, talents and capital of the listed company to become the leader of rare earth industry.

Hu Shiyong Hu, Chairman of Huahong Technology, said that the Board of Directors arranged to investigate the rare earth segment at the first time when the epidemic was under control, which showed the strategic importance and high recognition of the Board of Directors to the rare earth segment. In the first half of the year, the rare earths segment took the initiative, bit the target, tackled the difficulties and achieved a new high in total economic volume. This research is mainly to understand the operation of each enterprise, and more importantly, to visit the management team of each member unit of the rare earth segment and condole with the management personnel who are fighting on the front line. Rare earth is a strategic resource of the country, is the vitamin of the industry, rare earth plate should give full play to the advantages in the industry, stronger and bigger, to achieve a new leap in rare earth.